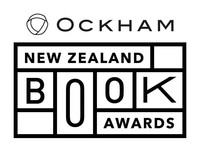 Four of the country’s most respected novelists are in the running for New Zealand’s richest fiction writing prize with today’s announcement of the 2017 Ockham New Zealand Book Awards shortlist.

Commonwealth Prize-winning novelist Catherine Chidgey’s The Wish Child is one of the contenders for the $50,000 Acorn Foundation Fiction Prize, as are multi-award winning writer Owen Marshall’s Love as a Stranger, critic, poet and novelist C.K. Stead’s The Name on the Door is Not Mine, and critically acclaimed poet and novelist Emma Neale’s Billy Bird.

The prize, now in its second year, is awarded through the generosity of one of the Acorn Foundation’s donors.

The Acorn Foundation Fiction Prize judges’ convenor, Bronwyn Wylie-Gibb, says all four finalists demonstrate compelling writing, surprising plots, sudden poignancies, sharp humour and beautifully observed characters. “These are the books that we loved, that provoked, that excited us, and that we are still thinking about.”

For the first time in the history of the New Zealand Book Awards, an international judge will assist in selecting the winner of the fiction category.

Distinguished Canadian writer Madeleine Thien will be the first to assume this role. New Zealand Book Awards Trust chair, Nicola Legat, says this country’s writers have long wished for an international view of their books, and having an international judge will now be a permanent feature of this award.

Ms Legat further reports that judges across all categories found selecting a shortlist in a very tight longlist field difficult. “The overall standard of publishing in New Zealand in the last year was so very high.”

The Poetry convenor, Harry Ricketts, says that each finalist was highly accomplished, ambitious, demanding and rewarding. “The quality of long-listed collections by experienced poets was extremely high, so too that of first-timers. And the collections, so striking, so innovative, were so distinctive in poetics and in content. Each [of the four finalists] pushes you outside your comfort zone, adjusts your expectations, sends you back to discover new things about the poems, about yourself reading them.”

“Stylish production enhanced the aesthetic appeal of the Illustrated Non-Fiction shortlisted books, with crisp photography and fascinating historical images complemented by great design,” says the convenor, Linda Tyler. “They each showcase the skills of Aotearoa New Zealand’s writers, editors, designers, printers and publishers, presenting aspects of our life and culture in original and compelling ways,” she says.

The General Non-Fiction category’s finalists are Anthony Byrt’s This Model World: Travels to the Edge of Contemporary Art; Adam Dudding’s My Father’s Island; Ben Schrader’s The Big Smoke: New Zealand Cities, 1840-1920, and Ashleigh Young’s Can You Tolerate This? Convenor Susanna Andrew says the judges chose the books that thrilled them with their vigour, originality and wisdom. “These four stood apart from the rest from the very start for their honesty and prose style and for being alive to the very art of writing.”

The winner of this category will receive the inaugural Royal Society Te Apārangi Award for General Non-Fiction.

The 16 finalist books were selected by four panels of three specialist judges and were drawn from 40 longlisted titles out of a total of 150 entries.

·This Model World: Travels to the Edge of Contemporary Art by Anthony Byrt (Auckland University Press)

·Can You Tolerate This? By Ashleigh Young (Victoria University Press)

The winners (including of the four Best First Book awards) will be announced at a ceremony in the Aotea Centre on Tuesday May 16, 2017, held as the first public event of the Auckland Writers Festival. The awards ceremony is open to the public. Tickets to the event can be purchased via Ticketmaster once festival bookings open on Friday 17 March.

Madeleine Thien (Canada) is the author of the story collection Simple Recipes (2001), and three novels, Certainty (2006), Dogs at the Permimeter (2011), shortlisted for Berlin’s International Literature Prize and winner of the Frankfurt Book Fair’s 2015 Liberaturpreis; and Do Not Say We Have Nothing which was shortlisted for the 2016 Man Booker Prize.

Ockham Residential Limited is Auckland’s most progressive developer. Founded in 2009 by Mark Todd and Ben Preston, Ockham describes itself as an urban regenerator, a company that loves Auckland, and that wants to see its built environment become as beautiful and as world-class as its natural landscape. The business has ambitions wider than profitability: the company has also established the Ockham Foundation, an education-focused charity, to promote original thinking and critical thought — two key elements of public discourse — via education. It works with the University of Auckland to fund First Foundation Scholars studying science, it also funds two postgraduate scholarships in statistics and it also works with Nga Rangtahi Toa’s work with at risk youth.

The Acorn Foundation is a community foundation based in the Western Bay of Plenty, which encourages people to leave a gift in their wills and/or their lifetimes to support their local community forever. Donations are pooled and invested, and the investment income is used to make donations to local charities, in accordance with the donors’ wishes. The capital remains intact. Since it was established in 2003, Acorn has distributed over $3.6 million, and it currently has invested funds of $16.7 million. Community foundations are the fastest growing form of philanthropy worldwide, and there are now 13 throughout New Zealand. The Book Awards’ $50,000 fiction award, known as the Acorn Foundation Fiction Prize, has been provided through the generosity of one of the Foundation’s donors, and will be awarded to the top fiction work each year, in perpetuity.

Book Tokens (NZ) Ltd underwrites the sale of book tokens within New Zealand. It is administered by Booksellers New Zealand.